The main word you will learn in this article is: ufficio 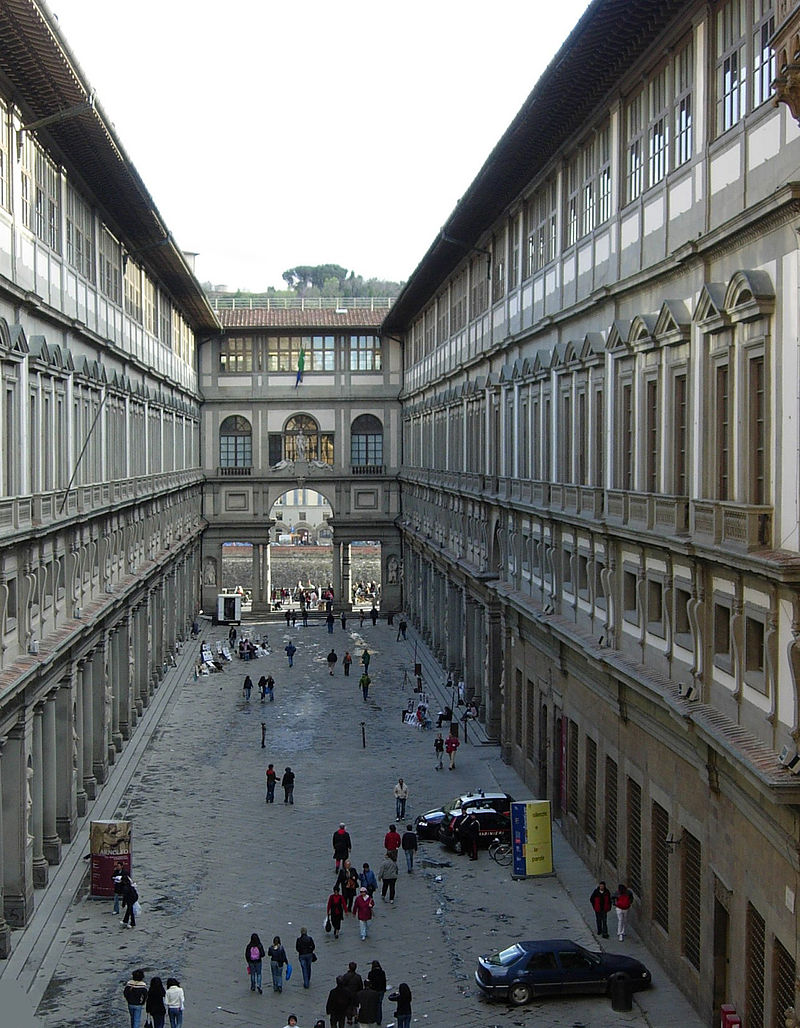 In Florence, a city in Tuscany, there is one of the most visited art museum of the world: the Uffizi. It contains works of the most important Italian artists (such as Giotto, Leonardo da Vinci, Michelangelo, Raffaello and Caravaggio) and it has a big representation of German, Dutch and Flemish masterpieces.

In 1560 Cosimo I de’ Medici, Grand Duke of Tuscany asked Giorgio Vasari to design this building, that was completed in 1581. The name derives from “uffici” (offices; singular: “ufficio) because at the beginning it hosted the offices of the magistrates, the administrative offices, the tribunal and the state archive.

Francis I of Tuscany brought art works of the Medici collections on the piano nobile in which Bernardo Buontalenti created the Tribuna degli Uffizi, an octagonal room full of paintings and sculpures collected by the House of Medici.

In the 16th century the gallery was open to visitors by request and in 1765 it was opened to everyone.

In 1993, in Via dei Georgofili there was a car bomb attack that damaged parts of the palace and a lot of  classical sculputers and frescoes.

Ufficio: office, meant mainly as a place where people do their work, it can be public or private.